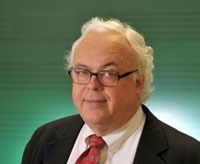 On Monday, March 23 at 2 PM in 210-214 McKenna Hall, Professor Peter Jeffery will speak as part of the Conference "Joy and Hope: Fiftieth Anniversary of Gadium et Spes."  Here is an abstract of his talk, and we hope to see you there!

The Right to Culture: Three Developments since the Council that are Leaving the Church Behind

Gaudium et Spes was the first Roman Catholic document to assert that there is a “right to culture,” though the Universal Declaration of Human Rights (1948) had already done so. In the fifty years since, however, theological discussion of culture and inculturation has rarely been framed as a matter of human rights. At the same time, theologians and the Church have been largely absent from three major worldwide developments that have happened in the years since the Council:

1. The formation of a large body of international law regarding the right to culture.

2. A massive academic discussion within the social sciences as to the nature and definition of culture.

3. In biology and zoology, the identification of “cultures”—discrete communities defined by shared, learned behavior—within many animal species.

Each of these developments poses numerous questions that challenge Christian understandings of human nature and community. It is long overdue for Catholic voices to join the three conversations.