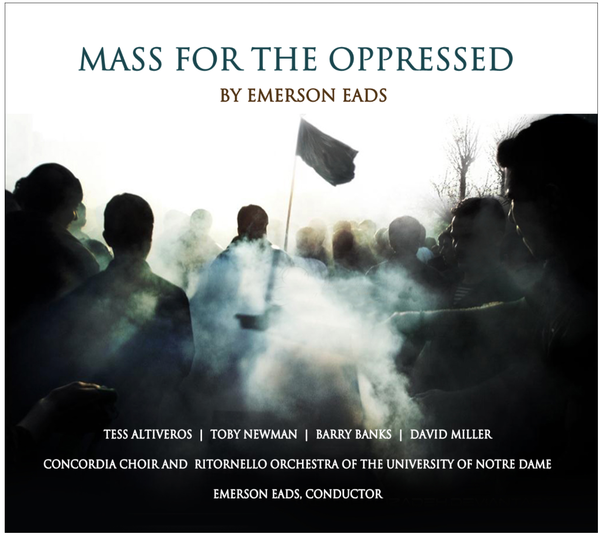 Conducting student Emerson Eads (DAM2018) is celebrating the release of the CD of his Mass for the Oppressed, composed and recorded at Notre Dame as part of his doctoral activities. A CD release party took place in Fairbanks, Alaska, and was chronicled by the Fairbanks Daily News-Miner. The article reports:  "It took Eads four months to complete the Mass, which includes parts for strings, piano, percussion, choir and four vocalists. Eads wanted a central message of the composition to be mercy, and he included words from a diary entry written by Pope Francis before the pope’s ordination. A crowdfunding campaign enabled the recording and CD production."