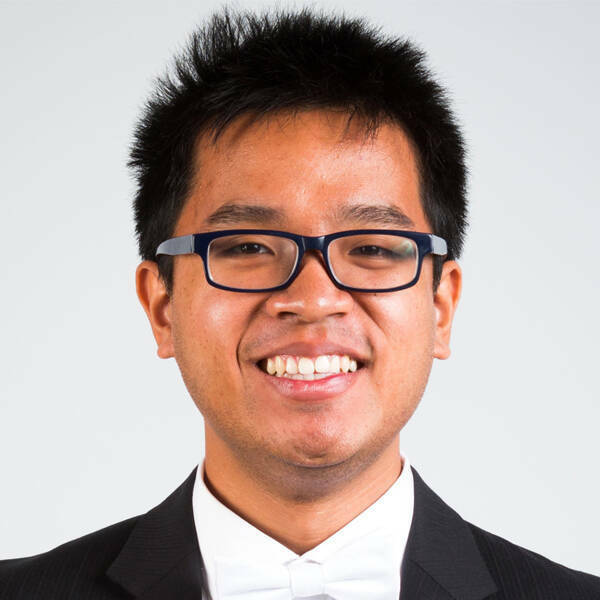 Raphael Arenas Fernandez is a first-year masters candidate in the sacred music program at the University of Notre Dame. A Florida resident, he attended Rollins College where he was the Marshall Scholar nominee and Virginia S. Nelson Scholar majoring in music concentrating in voice, conducting and composition.

As a vocalist, he was the bass understudy for the Bach Festival Society of Winter Park, recorded with Opera Orlando, performed with the Atlantic Music Festival's Opera Institute, and was recognized by Rollins College for Outstanding Achievement in Choral Music.

As a conductor, he has led both amateur and professional orchestras and choirs to include the Aiken Symphony, Gwinnett Symphony and the Eastman Voices. He competed internationally and was the student conductor for the Rollins College orchestra, choir, string and wind ensembles and was awarded Most Outstanding Conductor.

As a cellist, he concertized with the Rollins College orchestra and string ensemble, served as principal and was selected Most Outstanding String Performer.

As a composer, his "Forty Days and Forty Nights" was publicly performed at Tiedtke Hall and he wrote "Fur Ludwig Ode to Self" for the Florida Orchestra's Beethoven celebration. He is a past winner of the Music Teachers National Association Composition Competition.

A self-directed musicologist, he is keenly interested in a unified theory of gestural expressivity in undergraduate curricula and pedagogy and the influence of traditional canon on the artistic expression of marginalized western subcultures.

He is an aspiring musical liturgist, interdisciplinary artist and practical ecumenist.