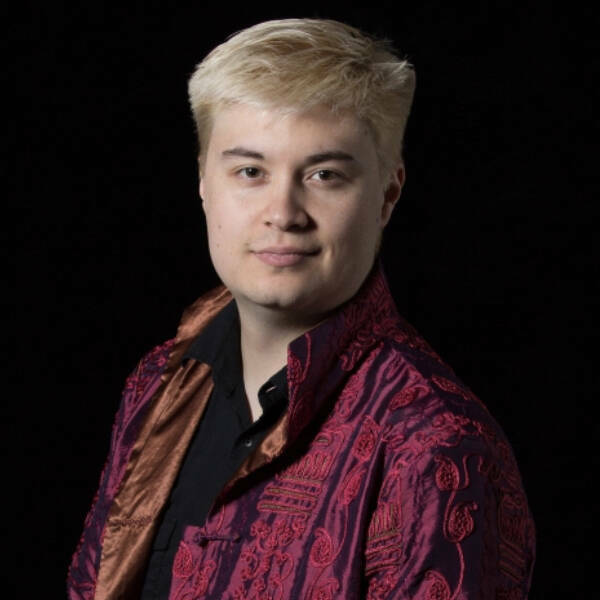 Loren Masánqué has been praised for his powerful and brilliant voice. Described by Oregon Arts Watch as, “singing with ease and conviction” and by Northwest Reverb as “up to the task...The agility necessary for the rapid and difficult switching between loft and modal voices was certainly within Masanque's capability; to hear him do this while maintaining crisp and near-perfect diction was a real pleasure.” He has produced and performed in operas with the Student Opera Association, performing Second Witch and Spirit in Dido and Aeneas. Mr. Masánqué performed in the third performance in the modern era of Lully’s Le Carnival, performing the roles of Premier Avocat and Premier Ecolier. With Divergent Opera Theatre, he has performed the roles of La Mére and Un Pâtre in Les Enfant et Les Sortiléges, Der Komponist from Ariadne auf Naxos, and Die Hexe from Hansel und Gretel. In Verona, Italy he performed Sesto in Handel’s Giulio Cesare, and was selected to sing in a masterclass and study with renowned Coloratura Soprano June Anderson. At Portland State University, he has performed Sesto in Mozart’s La Clemenza di Tito, Oberon in Britten’s A Midsummer Night’s Dream, and Arnalta in Monteverdi’s L’Incoronazione di Poppea.