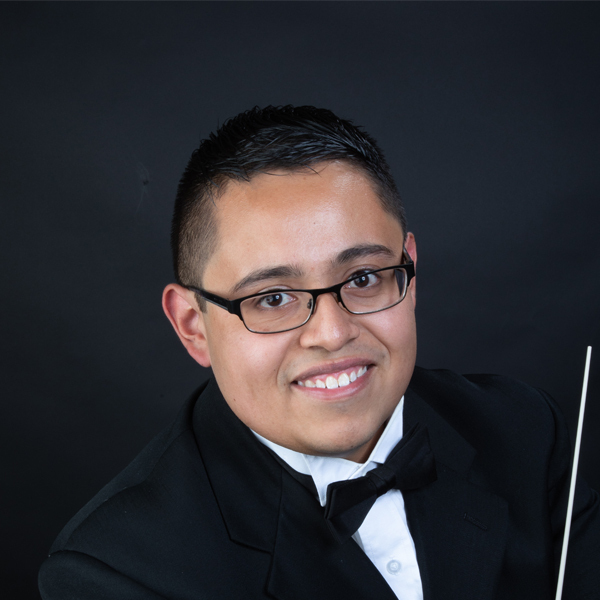 "A native of Puebla, Mexico, Juan-Carlos Alarcon developed his love for music while playing piano at an early age. His musical activities have taken him to New York to perform at Carnegie hall in 2016, where he sang in a choir presenting chosen works of the African Diaspora. In February of 2019, he traveled to Los Angeles to the 61st Grammy awards where the CD he worked on, “American Dreamers, voices of hope, music of freedom” by John Daversa, received three Grammy awards.

Educational outreach with young musicians is of utmost priority for Juan-Carlos. Because of his desire to further the arts, education, and inclusion for all, he is involved in local leadership roles. His positions include membership in the Elkhart County Symphony Orchestra board of directors and the IU South Bend Arts Foundation board of directors and is Dean of the local chapter of the American Guild of Organists. Previous and upcoming conducting highlights include Handel’s Messiah, Vivaldi’s Gloria, Cavalleria Rusticana and Matilda the musical.
"