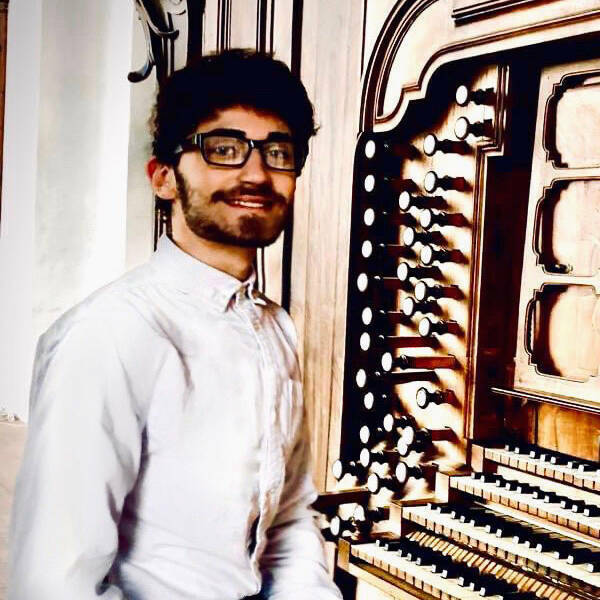 Hailing from Minnesota, Adrian Volovets is an up-and coming concert and liturgical organist. Adrian is known for playing entire, complex recital programs from memory. Graduated from the University of Minnesota with his Bachelor of Music in Organ Performance, he is currently working toward a Master's degree in Sacred Music at the University of Notre Dame, after which he will pursue his Doctorate in Organ Performance. His biggest influence is the legendary conductor, organist, and harpsichordist Karl Richter. Adrian is currently studying the organ works of Johann Sebastian Bach and Max Reger, liturgical playing, and improvisation with Dr. Kola Owolabi, the Professor of Organ at the University of Notre Dame. A well-rounded artist of precise musicianship, Adrian also plays several other instruments professionally, including piano, violin, viola, saxophone, and flute, has recorded several albums, and is an accomplished baritone ensemble vocalist.

My entire YouTube Channel, "Adrian Volovets", dedicated to personal recordings of organ recordings of various composers, but especially Bach and Reger.
My recordings on Spotify in collaboration with my brother, Daniel Volovets, an accomplished classical and flamenco guitarist.