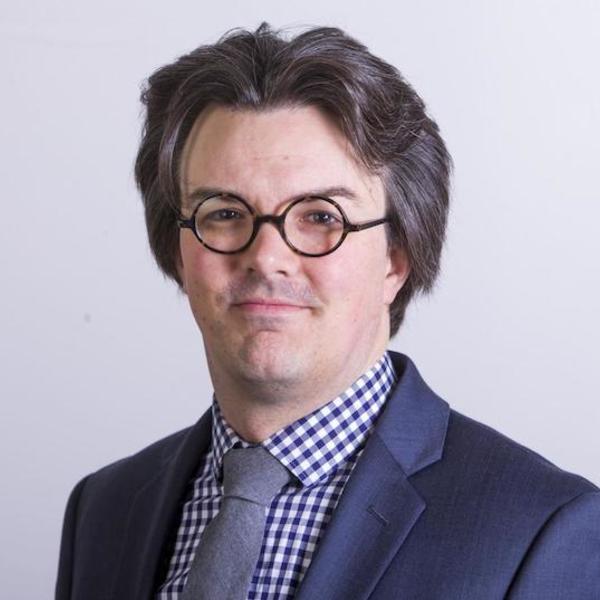 Head of the Graduate Conducting Studio
Associate Professor of the Practice in Conducting, Artistic Director of the Notre Dame Children's Choir

With the Notre Dame Children's Choir, Doerries recorded five albums: O Emmanuel, released in the fall of 2016, debuted at #1 on Billboard's Chart of Traditional Classical Music; O Day of Peace, released in the spring of 2017, a collection of hymn arrangements; Arturo Sandoval’s Christmas at Notre Dame (conductor and producer) is a collaboration with 10-time GRAMMY winner and jazz trumpeter Arturo Sandoval; Magnificat: Evening Prayer with the Notre Dame Children’s Choir, a collection of commissioned Vespers and Evensong liturgies, and A Ceremony of Carols for Christmas 2021.

Doerries is the co-recipient of a $1.6 million Lilly Endowment Grant for sacred music and a $500,000 Presidential Circle Award that supports the Sacred Music Academy, Notre Dame Children’s Choir, children’s Organ Training Program, and graduate studies in Sacred Music at Notre Dame. He was recognized by the Chamber of Commerce of the City of South Bend for his work at the University and in the community with the Notre Dame Children’s Choir and inducted into the 2019 class of 40 Under 40 leaders in the region.

Past presentations include engagements with the American Choral Directors Association National Conference in Dallas, National Pastoral Musicians Association, the Modern Language Association, Festival 500 Choral Symposium, and a TEDx Talk in 2015 titled, "What If Children Were More Than Cute?". Doerries’ research on chemosynthetic deep-sea ecosystems is published in the journals Deep-Sea Research and Marine Ecology.

Doerries founded the Luminescence Project in 2004 for the composition and performance of multi-sensory music. The Luminescence Project performed in the Philadelphia Live Arts and Fringe Festival and the Bloomington Arts Festival with additional installations mounted in New York City, Vancouver, Kansas City, and Los Angeles. Original productions include staged performances of PASSIONATE CONVICTIONS, an electrified rock oratorio based on JS Bach's St. John Passion, and Dreaming in Darkness, a vocal music and light-art production.

Doerries previously served as the Director of Choral and Vocal Music at Olney Central College and as Music Director of All Souls Unitarian Universalist Church of Indianapolis before his appointment to the University of Notre Dame.