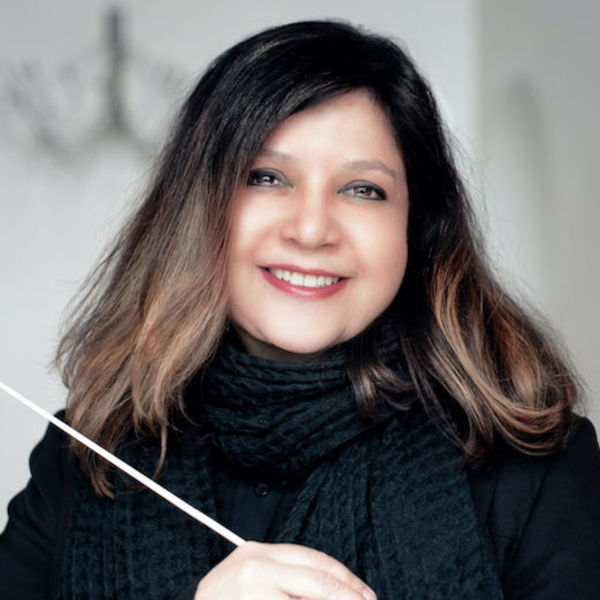 Professor Carmen-Helena Téllez joined the Sacred Music Program at Notre Dame after being a Professor of Choral Conducting at the Jacobs School of Music of Indiana University for 20 years. In that institution she taught Choral Conducting, and led the Seminars in Choral Literature previously held by Julius Herford, George Buelow, Thomas Dunn, Paul Hillier and Jan Harrington, also leading scores of doctoral final research documents. She was also the director of the Contemporary Vocal Ensemble and of the Latin American Music Center, with which she premiered many new works, organized several conferences and recorded several CDs. In 2010, she won the Sonneborn Distinguished Professor Award for her creativity in research and teaching.

At Notre Dame, Professor Téllez teaches the doctoral and second-year master’s degree conducting students, also supervising their recitals and teaching the seminars of Choral Literature after 1900. Between 2012 and 2016 she produced and conducted four interdisciplinary sacred music dramas with a grant from the Andrew W. Mellon Foundation, the last of which included a recreation of Dante’s Divine Comedy. She organized two sacred music conferences in 2012 and 2014, and took her research ensemble Notre Dame Vocale on tours to the International Sacred Music Festival of Quito in 2013, and to Mexico and Chile in 2016, for performances at the Colegio Nacional de Mexico and the Pontifical Catholic University. She also has contributed to projects in sacred music by Notre Dame’s Institute for Church Life and the Institute for Scholarship in the Liberal Arts.

Professor Tellez has commissioned, premiered and recorded many new works of art music, with the vast majority of them setting sacred or liturgical texts and themes, including the oratorio Paradiso by Robert Kyr, issued by Albany Records; the choral suite Sun-Dogs and the motet Cum vidisset Jesus mater by James MacMillan, the oratorio The Tower and the Garden by Gregory Spears, Psalm 23 by Sven-David Sandstrom, Shuamit Ran’s Credo/Ani ma’amin, and the Missa ad Consolationis Dominam Nostram by Mario Lavista among many others. She has conducted many of the canonic works in the sacred music repertoire, from the Renaissance to the present, including vast compositions like Berlioz’s Requiem, with 450 performers on stage, and intimate recreations of Latin American sacred music of the Colonial period.

Carmen-Helena Téllez has been called “a quiet force behind contemporary music in the United States today” by the New York-based journal Sequenza21. A multifaceted artist, she takes a co-creative approach to new music performance, involving interdisciplinary media and scholarship in her presentations, in an approach that The Washington Post has called “immersing and thrilling.” She advocates for the role of performers and spectators in the emergence of the art work. She has lectured on her views for universities and conferences in the US, Europe and Latin America, including the Universities of Cambridge, California-Riverside, Arizona, Louisville, Pontifical Catholic University of Chile, UNAM in Mexico, and Limerick in Ireland, as well as for the College Music Society and the Performance Studies Network in Norway, among others. She also presented a TEDx talk at Notre Dame in 2014.

Professor Téllez carries her personal artistic projects in new modes of presentation as artistic director of  Kosmologia,  a professional project for music with other arts, and with Aquava New Music Studio, a production group with which she has recorded and toured, as a guest of festivals and orchestras in the US, England, Spain, Israel, Mexico, and most of Latin America. Born in Caracas, where she completed conservatory studies in piano and composition, Carmen-Helena Téllez obtained a Doctor of Music degree with a Letter of Highest Distinction at Indiana University.  Her document “Musical Form and Dramatic Concept in Handel’s Athalia” won the ACDA Julius Herford National Dissertation Award as an early study proposing the influence of Racine in the development of the Handelian oratorio. It was her first project of interaction between music and other arts.  She has maintained her interest in music scholarship and composition, and is currently researching the transcultural practices of Latin American postmodern composers and the chorus as an interdisciplinary instrument.