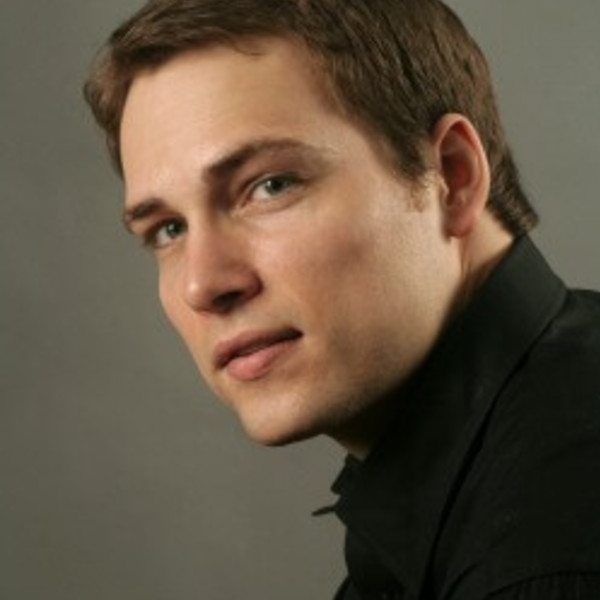 The brilliant lyric tenor Alek Shrader continues to impress audiences with the “luxury of his phrasing, the clarity of his diction and the sensitivity and expressiveness of his characterizations”. Mr. Shrader makes several debuts in the 2016-2017 season, including at Wigmore Hall in a recital with pianist Roger Vignoles, with Opera de Oviedo in Spain performing Ferrando in Così fan tutte, and with the Minnesota Opera as Endimione in a production of Vicente Martín y Soler’s Diana’s Garden. He then returns to the Arizona Opera for performances of Don Ramiro in La Cenerentola and to the Santa Fe Opera to sing Oronte in Handel’s Alcina. Future projects include returns to the San Francisco Opera, the Santa Fe Opera, the Seattle Opera and Opera de Oviedo.

Mr. Shrader’s 2015-2016 season began with performances of Alfredo in La Traviata with Opera Philadelphia, followed by a return to the San Francisco Opera to sing David in Wagner's Die Meistersinger von Nürnberg. Later in the season he sang Count Almaviva in Il Barbiere di Siviglia at Baltimore Lyric Opera and Tom Rakewell in Stravinsky’s The Rake’s Progress with the Pittsburgh Opera.

Prior to that, Mr. Shrader performed the role of Emilio in Handel’s Partenope at the San Francisco Opera followed by a return to the Metropolitan Opera for Camille in a new production of Franz Lehár’s The Merry Widow. Other engagements included Jupiter & Apollo in Handel’s Semele with the Seattle Opera, singing one of his signature roles, Count Almaviva, in Rossini’s Il Barbiere di Siviglia at the Canadian Opera Company, and a return to Santa Fe Opera for Donizetti’s La Fille du Regiment. In concert, Mr. Shrader sang the title-role in Candide with the Vancouver Symphony.

Alek Shrader began the 2013-14 season singing Almaviva with the San Francisco Opera, followed by reprises of the role at the Lyric Opera of Chicago and Dallas Opera. The season also included engagements as Tamino in The Magic Flute at the Metropolitan Opera, and Ernesto in Don Pasquale at the Santa Fe Opera. Mr. Shrader was also heard as Ferdinand in Thomas Ades’ The Tempest for his San Francisco Symphony debut in the fall and as Ferrando in the Christopher Alden/Gustavo Dudamel Così Fan Tutte with the Los Angeles Philharmonic at Disney Hall.

In 2012-13, Mr. Shrader made his Metropolitan Opera debut in Ades’ ‘modern masterpiece’, The Tempest, conducted by the composer himself, and returned to sing Almaviva in the English version of The Barber of Seville. He sang Don Ramiro in La Cenerentola at the Hamburgische Staatsoper and then returned to the U.S. for a North American recital tour, including San Francisco Performances, Oberlin University and his Carnegie Weill Hall debut. Baltimore audiences had the opportunity to hear Mr. Shrader in a gala performance of Belcanto arias and ensembles in the spring. Later in the season, he was featured in an opera gala, sponsored by the San Antonio Opera. Mr. Shrader closed the season with the tenor solo in the Mozart Requiem at the Cincinnati May Festival with James Conlon conducting, followed by his role debut as Ernesto in Donizetti’s Don Pasquale at the Glyndebourne Festival.

Mr. Shrader opened the 2011-12 season as Tom Rakewell in The Rake’s Progress with Opera de Lille, followed by Don Ramiro in La Cenerentola at the Hamburg Opera. He sang Tamino in Lyric Opera Chicago’s production of The Magic Flute, and the title role in Britten’s Albert Herring with the Los Angeles Opera. Mr. Shrader appeared as Oronte in David Alden’s highly-acclaimed new production of Handel’s Alcina at the Opera National de Bordeaux and returned to San Francisco Opera for Tamino in The Magic Flute. He closed the season as Gonzalve in Ravel’s L’Heure Espagnole at the Glyndebourne Festival.

Highlights of the 2010/11 season include the title role in Berstein’s, Candide in concert performances with the Los Angeles Philharmonic Orchestra, Egeo in Medea in Corinto, Belmonte in Die Entfuehrung aus dem Serail and Tamino in Die Zauberflöte at the Bavarian State Opera. On the concert stage, he gave a recital in Santiago, Spain and made his Wigmore Hall Recital debut with pianist Roger Vignoles. Mr. Shrader also appeared as Lindoro in L’Italiana in Algeri with Opera National de Bordeaux and as Almaviva in Il Barbiere di Siviglia with Theatre du Capitole de Toulouse. He closed the season at the Salzburg Festival, where he debuted as Ferrando in Cosi fan Tutte.

Highly acclaimed by the San Francisco press as a recitalist who is “natural and effortless, so different from just about everybody else”, Alek Shrader was featured in two ‘On Wings of Song’ recitals in the spring of the 2009/2010 season; at the Music Academy of the West in Santa Barbara and also at Santa Monica College for the Performing Arts (Broad Stage), both sponsored by The Marilyn Horne Foundation. Concert appearances this season included Messiah with the Cleveland Orchestra and the Mozart Requiem with the Pittsburgh Symphony and St. Louis Symphony.

Mr. Shrader, a former Adler Fellow with the San Francisco Opera, made a spectacular mainstage debut in the San Francisco 2008/2009 season, replacing an indisposed Ramon Vargas as Nemorino in two performances of L’Elisir d’Amore. Additional performances with the San Francisco Opera have included Korngold’s, Die Tote Stadt, the role of Arbace in Mozart’s Idomeneo, and Nemorino in student performances of L’Elisir d’Amore. Other opera highlights have included Almaviva in Opera Cleveland’s production of Il Barbiere di Siviglia and Il Re Pastore with Opera Theatre of St. Louis. He was also a featured soloist in the 2009 Metropolitan Opera Concert in the Park series.

Alek Shrader made his professional debut as Almaviva in Rossini's Il Barbiere di Siviglia at the Opera Theater of St. Louis, where he had spent the previous two summers as a young artist. He has appeared in Rossini’s Il Signor Bruschino with the Gotham Chamber Opera, in William Bolcom’s A Wedding at the Music Academy of the West, and participated in Renata Scotto's Accademia Nazionale di Santa Cecilia Opera Studio. Shrader’s roles in previous seasons have included the title role in Le Comte Ory, Fenton in Die lustigen Weiber von Windsor, Tony in Bernstein’s West Side Story, and Ramiro in Rossini's La Cenerentola.

Alek Shrader is the recipient of a Sarah Tucker grant from the Richard Tucker Foundation and a winner of the 2007 Metropolitan Opera National Council Auditions.