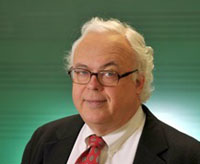 In August, 2017, Peter Jeffery, returned from a year’s sabbatical at the Yale Institute of Sacred Music, where he co-organized the conference “Medieval Rites: Reading the Writing” with Yale Asst. Prof. Henry Parkes, April 21-23, (https://ism.yale.edu/event/conference-medieval-rites-reading-writing). In academic year 2017-18, Professor Jeffery was invited numerous times to present on his scholarship. In December, 2017, he spoke at Columbia University on the topic “Gregory the Great and Gregorian Chant: Does Western Music have Eastern Origins?” This was followed by a lecture in January, 2018 on “Psalmody and Chant for a Renewed Liturgy," to the Association of Roman Catholic Cathedral Musicians (the first formal lecture to be given in SMND’s new O’Neill Hall home!). He helped to organize and write the program notes for a concert in March of music for St. Gregory, East and West. This well-attended event at the Cloisters museum in New York City featured the singing of Pomerium, directed by Professor Alex Blachly. In May, 2018, Jeffery spoke at the International Medieval Conference at Kalamazoo, and at a symposium at St. Vladimir’s Seminary. Summer lectures included one at Yale University on a series of Latin office hymns on the six days of Creation, at the International Medieval Conference at the University of Leeds, and also at Societas Liturgica in Leuven, Belgium. Both of these later presentations were on the subject of his forthcoming edition and translation of Ordo Romanus Primus. Publications appearing in this academic year include:

“The Roman Liturgical Tradition According to a Twelfth-Century Roman Cantor.” Medieval Cantors and their Craft: Music, Liturgy, and the Shaping of History, 800-1500, 310-25. Ed. Katie Ann-Marie Bugyis, A. B. Kraebel and Margot E. Fassler. York: University of York Medieval Press, 2017.

Professor Jeffery teaches Music History, Liturgy, Ritual Studies, and World Music in SMND and serves as the Associate Director for Academics, a position that includes his work as DGS.