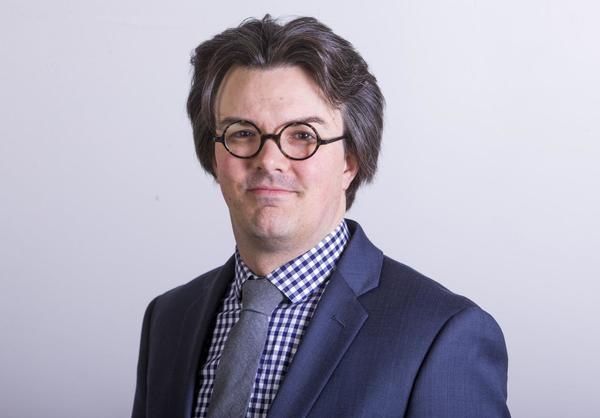 In 2017, Dr. Doerries won a 1.6 million dollar grant from Lilly Endowment, Inc (co-PI with Margot Fassler) to support the Sacred Music Academy. a branch of SMND, and the graduate students who conduct lab choirs and instruct in the youth organ training program.

His many professional activities in 2017-18 include performing on tour with the NDCC, of which he is artistic director, and performing in a week-long seminar at the NPM conference in Cincinnati.  He conducted the Jessica Lang Dance Company’s performance of Pergolesi’s Stabat Mater in the Debartolo Performing Arts Center last Spring, and was recently a guest clinician at St. Michael’s Catholic Church in Dallas, and a guest collaborator the Madeleine Choir School in Salt Lake City. Dr. Doerries recorded and was the executive producer of trumpeter Arturo Sandoval’s Christmas at Notre Dame, which will be released in 2018 on the Universal Music Group label. The release party will be at the Debartolo Performing Arts Century, September 28 at 8:00 PM (ticketed), with a performance with Maestro Sandoval at Walt Disney Concert Hall in Los Angeles, CA, December 2018.

Doerries' recording of O Emmanuel, a cantata for choir, jazz trio, and orchestra, by JJ Wright, debuted at #1 on Billboard's Chart of Traditional Classical Music in 2017 and  remained on the list for 8 weeks. Doerries edits the Notre Dame Children's Choir Choral Series with MorningStar Publishers/ ESC Publishers; the series is devoted to liturgical and concert music for treble choirs. This past summer Dr. Doerries has recorded Evening Prayer with the Notre Dame Children's Choir at Saint Meinrad Archabbey. Next year we hope to report with pictures of the new recording!

Professor Doerries teaches choral methods and choral literature I, is professor of record for the SMND Repertory Choir, and offers lessons to first year MSM choral conducting students. He teaches the “DMA plus,” mentoring students within this newly funded component of the DMA for students interested in specialized topics such as African American choral music.