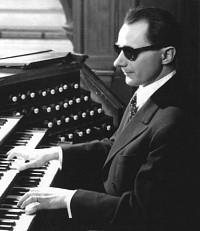 The Organ Masses of Gaston Litaize: A DMA lecture recital by Kevin Vaughn

Kevin Vaughn, a third-year doctoral student in organ performance, will present his final doctoral recital entitled “The Organ Masses of Gaston Litaize (1909-1991): The Culmination of a Twentieth Century Liturgical Genre” on Tuesday, April 5. The program will begin with a lecture in which he will present research and conclusions from his doctoral dissertation of the same title and will conclude with a performance of Litaize’s Messe basse pour tous les temps (1949) and Messe de la Toussaint (1964) for solo organ.

Tickets can be obtained here.