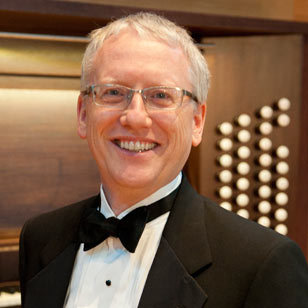 A native of New England, Jacobs School of Music Professor Christopher Young is the winner of the 1988 National Young Artists Competition (NYACOP) of the American Guild of Organists and the 1988 Arthur Poister Competition (Syracuse University).

Dr. Young has been a featured artist at national and regional conventions of the American Guild of Organists. He has been heard as a featured performer on American Public Media's "Pipedreams" and has appeared in concert with the Rochester (Minnesota) Chamber Chorale, the Minneapolis Chamber Symphony and with his wife, violinist Brenda Brenner. His compact disc, "To Thee All Angels Cry Aloud," was released on the Pro Organo label.

Tickets and more information can be found here.