Seeing Voices: On composing Voices of Light with the film The Passion of Joan of Arc

a lecture by RICHARD EINHORN, composer 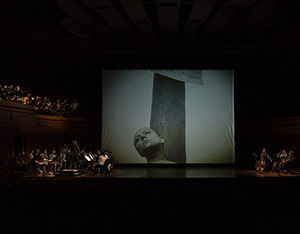 Richard Einhorn will discuss how he conceptualized his oratorio with silent film, Voices of Light, his encounter with the great silent film, The Passion of Joan of Arc by C.T Dreyer, the decisions he made to choose texts from sacred and devotional poetry, how they were edited and sequenced into a libretto, and how he conceived and composed the music. Richard Einhorn will also describe the history of the project, from its premiere in the middle of a Massachusetts blizzard to best-selling Sony Classical album and 250 performances in major venues around the world.

Voices of Light was performed recently at Notre Dame by Professor Carmen-Helena Téllez,  Notre Dame Vocale and the Notre Dame's Festival Chorus and Orchestra as part of the Interdisciplinary Sacred Music Drama "I Was Born For This," supported by the Mellon Foundation 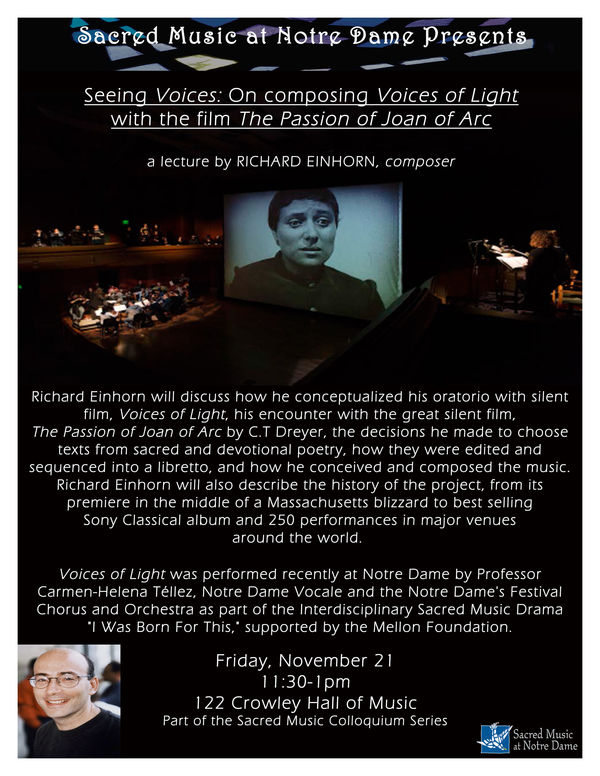