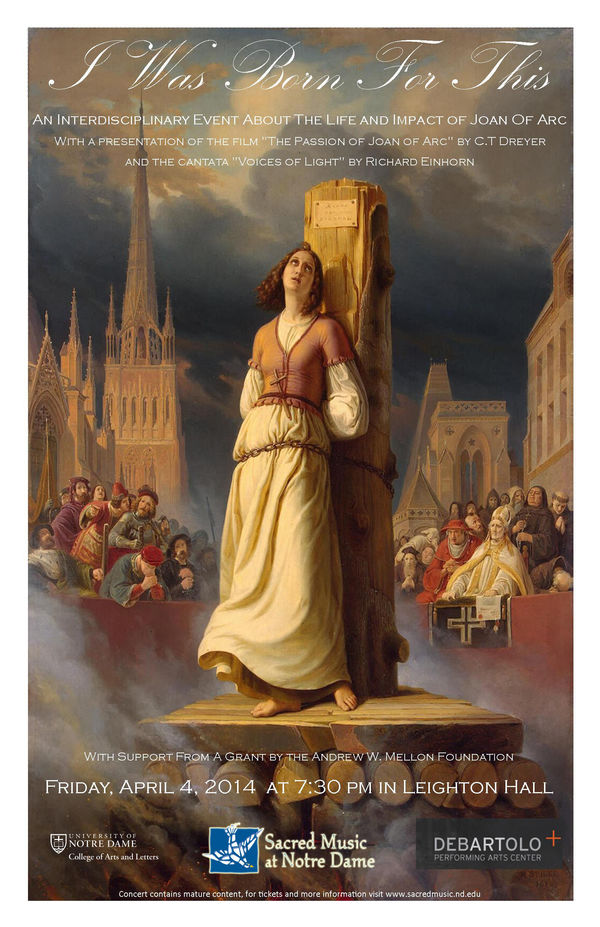 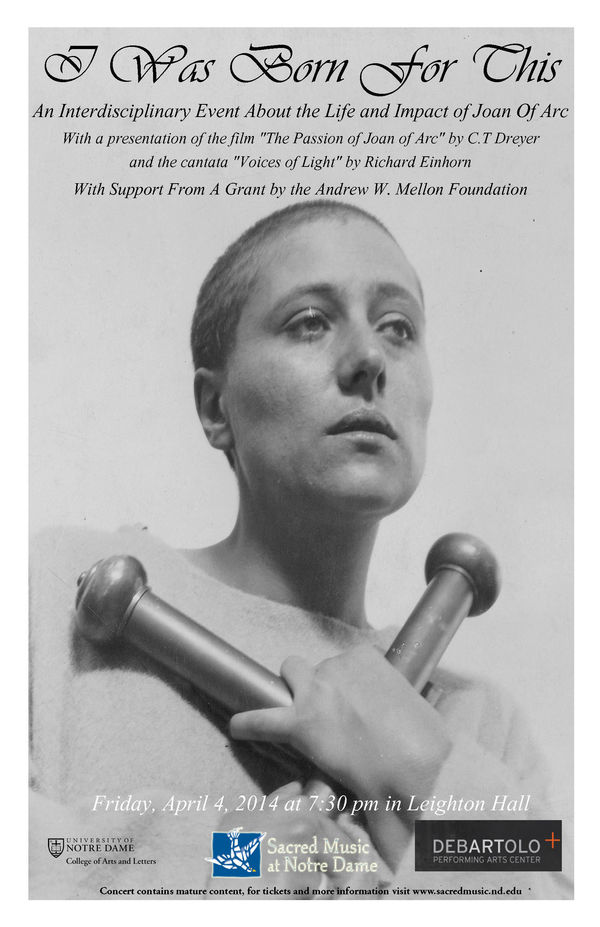 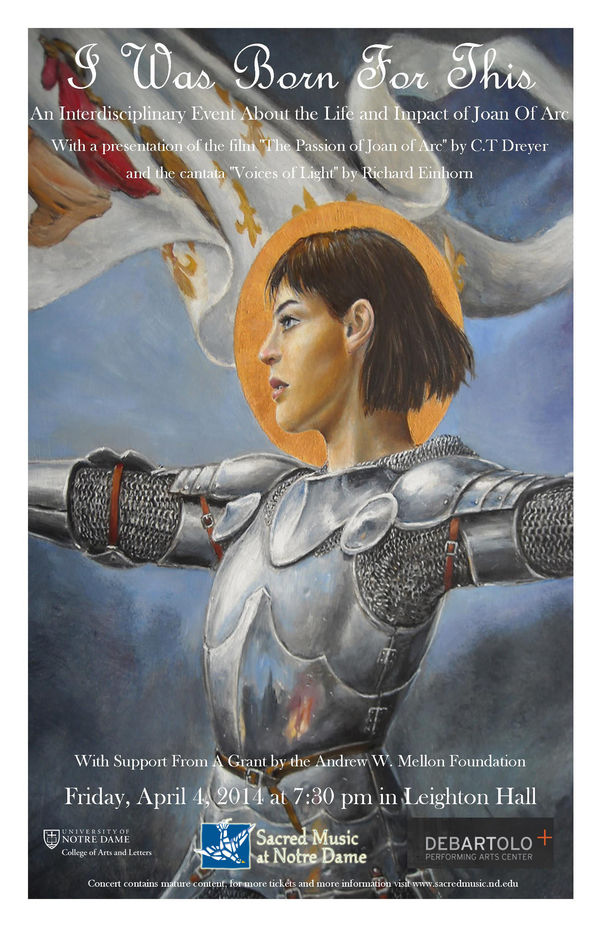 In 2012 Sacred Music at Notre Dame received a grant from the Andrew W. Mellon Foundation to develop sacred music dramas, conceived broadly as opportunities to reflect on important issues in culture and society through a dynamic interaction of the humanities and the arts. Sacred music dramas have appeared in many guises throughout history, and include Greek tragedies, medieval plays and even oratorios and operas. Under the artistic direction of Professor Carmen-Helena Téllez of Sacred Music at Notre Dame, the Interdisciplinary Sacred Music Dramas may be triggered by a preexisting art work, a new commission, or by current issues, but they will be characterized by integration of the arts and the humanities, immersive settings and interactivity with the audience.

I WAS BORN FOR THIS

on the image and impact of Joan of Arc.

In 1431 Joan of Arc was burned at the stake for heresy. Almost 500 years later, Joan was acclaimed as a saint.  Soon after her death, Joan of Arc became an icon of tremendous power, affecting artists and scholars for centuries. Among them, director C. T. Dreyer produced in 1928 The Passion of Joan of Arc, considered one of the greatest films of all time.  In 1994 American composer Richard Einhorn wrote the cantata Voices of Light to act as a live soundtrack with Dreyer's silent film.  In this first Mellon Interdisciplinary Sacred Music Drama at Notre Dame, both works will be performed by students and community performers, alongside an interactive installation by guest artists Gwendolyn Terry, Christopher Preissing and Charlie Simokaitis, allowing us to reflect and participate in the debates that Saint Joan of Arc is still able to inspire on the freedom and personal conscience of women and all persons.