An hour-long journey to pray in the watery and ancient city of Venice, this concert will give listeners a taste of sacred music from Venetian golden age of Baroque music.  Catherine Hackbarth (conductor) will lead an ensemble of singers and instrumentalists in their performance of the works of great Italian composers: Verdi, Albinoni, and Vivaldi.

Antonio Vivaldi and Venice are synonymous with each other.  A composer so influenced by the city in which he worked, the ‘Red Priest’ taught orphans how to sing and play music in praise of God.  While this setting of the Gloria is not nearly as frequently performed as its later counterpart, this Introductione e Gloria features virtuosic and demanding movements, for choir and soloists alike.  A jewel of Venetian Baroque music, the piece is truly and under-performed treasure of Italian sacred music.

Ms. Hackbarth is excited to bring this piece into the present in her performance on February 23rd, 2014.

If you reserve tickets for this event, you must claim your tickets 15 minutes prior to the start of the event or else your tickets may be redistributed to other patrons. 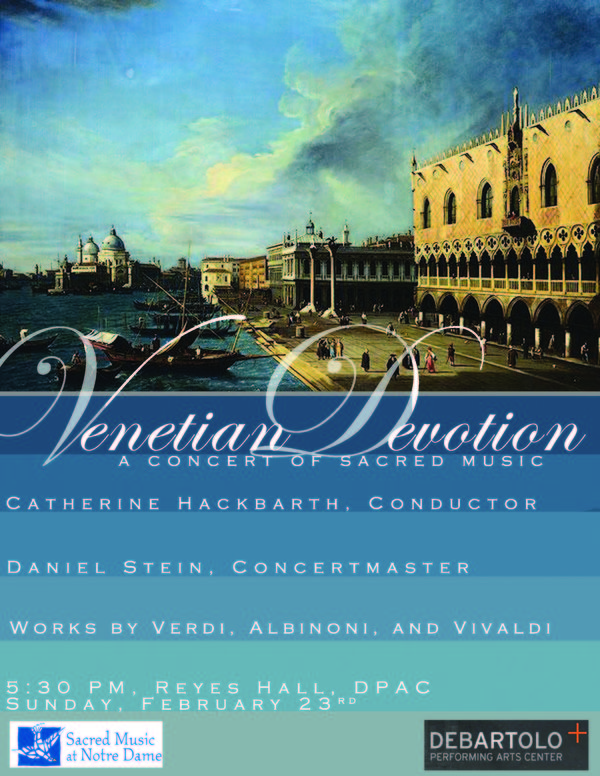