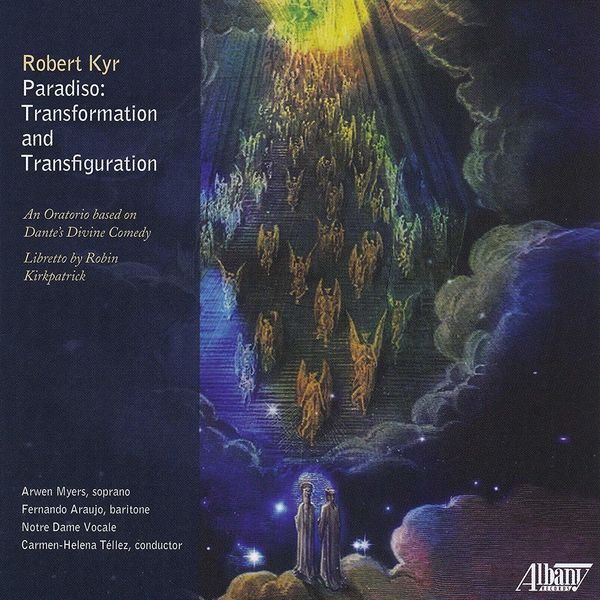 Robert Kyr's Paradiso, an oratorio based on Dante's Divine Comedy, with a libretto by the eminent Cambridge University poet and scholar Robin Kirkpatrick, was issued by Albany Records. The oratorio was directed by Professor of Conducting Carmen-Helena Téllez, with her research choral project Notre Dame Vocale, as part of the series of sacred music dramas supported by the Mellon Foundation at Notre Dame between 2012 and 2016. The commission was supported also by the Ann Stookey Fund for New Music. Robert Kyr, winner of the Arts and Letters Award of the American Academy of Arts and Letters, has a distinguished career as composer of projects for the best choral and chamber groups in the country. Many students and alumni of the conducting and voice programs in Sacred Music participated as soloists, including Joshua Boggs, Matthew Kelly, Emorja Roberson, Jamie Caporizo and Jessica Roberts. The recording sessions were produced by Dr. Daniel Stein, also affiliated to Sacred Music at Notre Dame.