This late May Study Tour was organized by Craig Cramer, and a great deal of the work on travel and arrangements was done by Program Manager Janet Rudasics. All of SMND is deeply thankful to both of them! Paul Walker was greatly involved as well, and led our visit to JS Bach’s birthplace, Eisenach.

Organ students, of whom there are a great number in our program, got to play a large number of historic instruments in the region around Leipzig, where we were based. It was transformational for all of them!

This was the first trip on which our vocal and conducting students performed a recital, at St. Ludwig's Church in Berlin, to a large and enthusiastic crowd. Another wonderful feature of the tour were the connections we made by visiting so many historic places, including the Mendelssohn house and the Schumann house, both in Leipzig, where there is also a fine museum for historic instruments.

We spent many hours in the Thomaskirche, where J.S. Bach was cantor, and got to perform there, and hear a fully orchestrated cantata as well. Arguments about acoustics will never be the same again. One of the most informative days was that spent in Halle, the birthplace of Handel, and the location of his childhood home, now a fabulous interactive museum, filled with historic instruments, some of which we got to play.

We had a marvelous tour of the Bacharchiv, led by Peter Wollney, who was able to give us the latest available information about so many pressing questions we had on Bach research. The scores displayed in the Archiv were amazing to see.

We are profoundly grateful to the support of donors who made this extraordinary time of learning possible. Thanks so much to all faculty who were present and helped lead the tour, lending great expertise: Craig Cramer, Paul Walker, Kiera Duffy, Stephen Lancaster, John Liberatore, Alexander Blachly, Peter Jeffery, and Margot Fassler.  The faculty are grateful in turn to the students, who played, sang, and conducted so well, and who were of good cheer throughout.

Here is a taste of the trip! 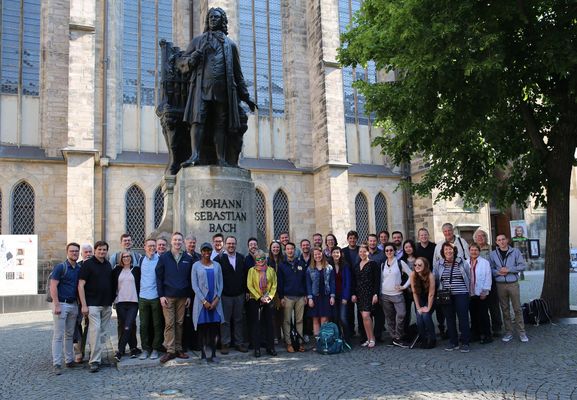 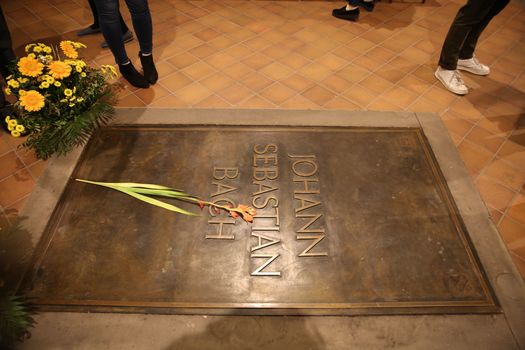 The supposed resting place of Bach’s bones in the Thomaskirche: we sang surrounding this grave 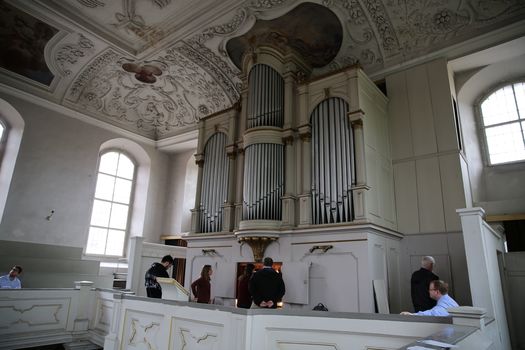 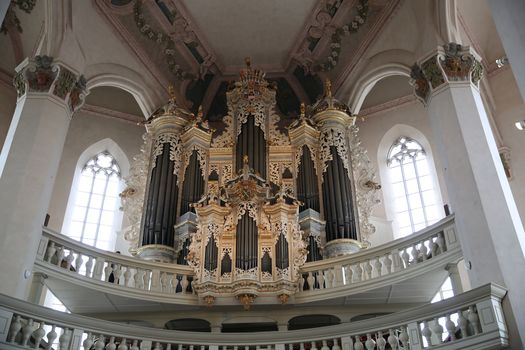 The Hildebrandt organ of the Wenzelkirche in Naumburg 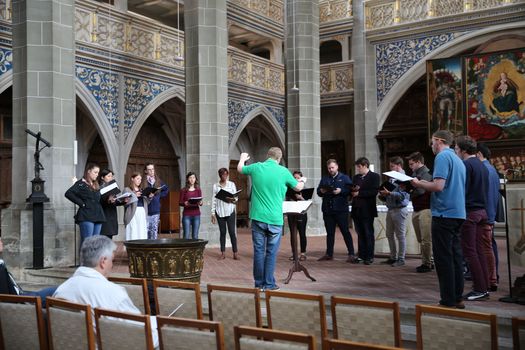 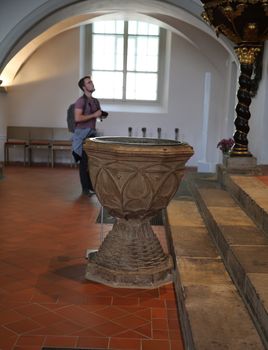 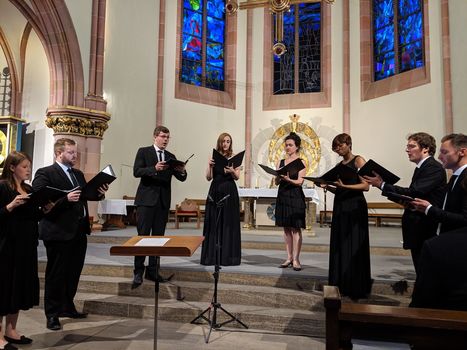 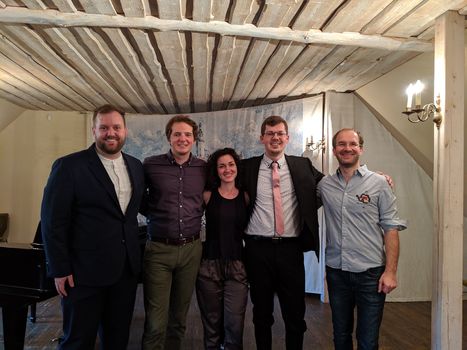 After a masterclass for voice students in the Mendelssohn Haus