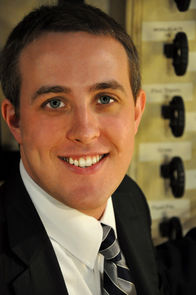 More than 30 entries were received from across the United States for the inaugural Notre Dame Children's Choir Hymn Competition and the judges noted that choosing a single submission proved difficult. Thank you to all who applied; we hope you will submit another entry in 2017.

Visit our site in October for information regarding the 2017 Hymn Competition (sacredmusic.nd.edu).

Brian Schoettler is a doctoral student at the Eastman School of Music where he studies organ with David Higgs. Brian earned his bachelor’s degree in Organ Performance, Church Music, and Instrumental Music Education from Carthage College and his master’s degree in Organ Performance and Composition from Westminster Choir College. Brian has studied organ with Alan Morrison, Ken Cowan, Richard Hoskins, and Michael Burkhardt, improvisation with Edoardo Bellotti and Peter Richard Conte, and composition with Benjamin C.S. Boyle and Narcis Bonet. An avid composer, Brian has participated in summer composition programs at Yale’s Institute of Sacred Music and the European American Musical Alliance’s Composition Program at the Schola Cantorum in Paris.  In Rochester, Brian coordinates both the Going for Baroque and the Third Thursday concert series featuring Eastman’s Italian Baroque Organ and serves as Music Minister at Church of the Ascension (Episcopal). In August 2016 he will begin his tenure as Minister of Music/Organist at First United Methodist Church in Evanston, Illinois.