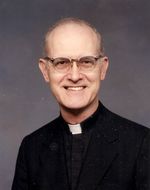 Fr. Jerome Weber: A Life in Discography is now streamed by SMND.  This short film by Christian Jara and Margot Fassler outlines the career of noted scholar Jerome Weber, who has transformed the study of how chant has sounded in recent decades through his detailed cataloging of the recorded evidence.  With his online database Chantdiscography.com, musicians, scholars, and people in all walks of life can find out quickly and accurately which pieces have been recorded and by whom. And many of the records, or excerpts from them, will actually be found on Youtube and other online sources. Fr. Weber also indicates which of the modern chant books has been used for the recordings, and sometimes, if from a medieval manuscript, which of those. Many medieval manuscripts can now be found on line, and this situation increases the potential for study of performance practice in Gregorian chant, including the many shifts in stylistic interpretation over recent decades.