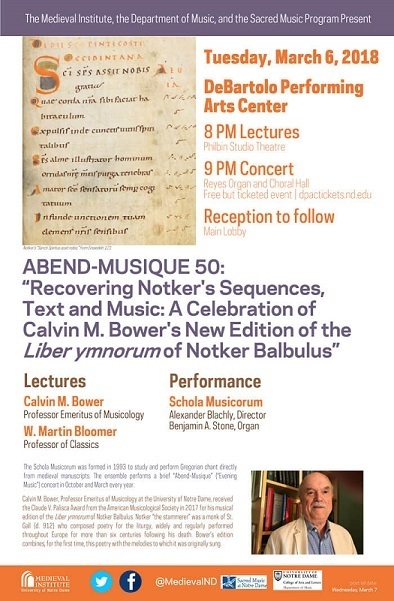 The concert in Reyes Organ and Choral Hall will be preceded at 8:00 pm by two lectures in the Philbin Studio Theatre. Professor Bower and Professor of Classics Martin Bloomer will speak on different aspects of Notker's poetry. A reception in the DPAC lobby will follow the Schola Musicorum performance.